Wandering the streets of Ironbound District will take you all the way to Lisbon even without having to take a flight. Since the days of Magellan, the Portuguese had spread out across the globe and, many immigrants, particularly those from the fishing villages of Northern Portugal, headed to Newark in the mid-20th century. The Ferry Street, Ironbound’s commercial center, is lined by restaurants and cafes that aim to preserve the Portuguese culture. 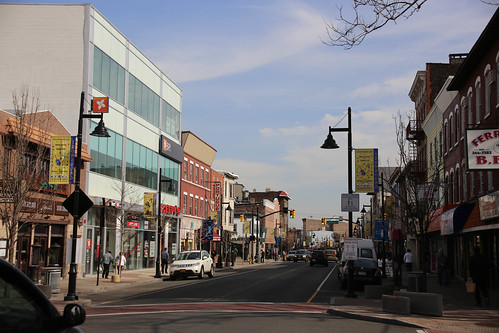 The Ironbound neighborhood boasts some of the best Iberian eateries that are mostly family owned. You’ll find an array of stalls and restaurants as you stroll along the Ferry Street – the buzz you get in interacting with the locals is an experience by itself. Established in 1926, the Iberian Tavern and Restaurant is one of the oldest restaurants along the stretch, known for a decent seafood meal.

The rightful Hispanic immigrants – mainly from Spain as well as Latin America, have also set up restaurants in the area. For an authentic Spanish cuisine, try Paella Valenciana paired with red sangria at the Spanish Tavern. Another restaurant famous among the locals is Fernandes Steak House known to serve the best Brazilian rodizio.

A Taste of Portugal

Pao da Terra serves a large selection of fresh loaves and rolls that are deliciously crispy and moist in the interiors. You won’t be able to resist the baskets of breads stacked along the side of the bakery. While you’re here, be sure to sample some of their signature flavors like pão com chouriço (bread stuffed with Portuguese sausage), pão de água (water bread) and Bolinho de Bacalhao (fish croquette).

One of the all-time favorite of locals and tourists is the Teixeira’s Bakery that specializes in natas and sponge cakes. In case you’re still unsure on the best places to eat and drink, the city offers droves of food and walking tours.

For an evening snack, head to Ferry Street Café that serves Espresso Fino, a roaster from Portland. If you’re staying in any of the Newark hotels, located in downtown – the Ironbound District is only a few minutes’ walk from the Newark Penn Station. Chances are you’ll be making more than a few visits to the Ferry Street due its proximity. So if you’re seeking a quiet ambiance to work along with a great cup of coffee, Ferry Street Café offers free Wi-Fi. To give the café a ‘community feel’, it also encourages live music performances.

Other Things to do

The Ironbound District is a vibrant neighborhood for a reason – you’ll find clubs for Latin dancing, ethnic supermarkets, vinho wine, port wine and liquor stores. To delve more into the Portuguese culture, sneak a peek inside the clothing boutiques, jewelry shops and art galleries dotted along the footpaths of Ferry Street.

The Ironbound District is the most happening during the Portugal Festival where local restaurants set up food tents to celebrate the Portugal day with Portuguese cuisine, music, and arts.

This article is published as part of the Hipmunk City Love Project.